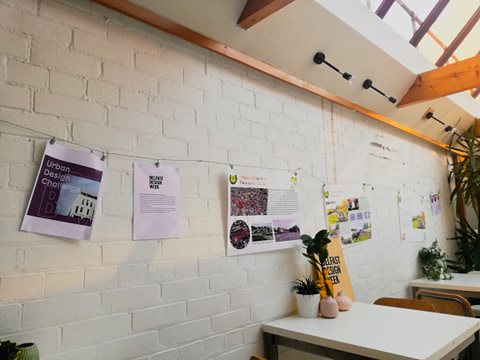 Belfast Design Week, in partnership with the Destination CQ Cathedral Quarter Business Improvement District, Blick Shared Studios and coffeenosugar, ran an urban design challenge for local students and recent graduates. Emerging designers from across Northern Ireland were invited to develop a concept or proposal for the spaces between the buildings within the Smithfield and Union area of Belfast’s Cathedral Quarter Business Improvement District (CQ BID), with the successful concept being awarded a £500 prize fund and the chance to see the winning concept realised.

This unique urban design challenge asked entrants to work in groups to create a concept to make the area an inviting, welcoming and attractive space for events, activities, working, studying or living in the area. 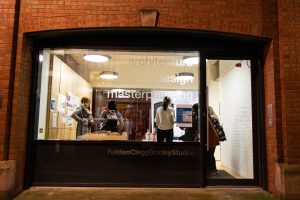 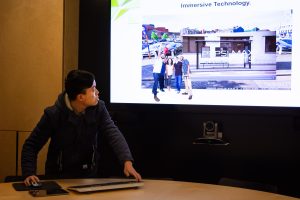 The recent project that they have launched is called “Pocket Park Plus” The Future in a pocket.

Pocket Park Plus is an expandable outdoor park pocket with a variety of facilities. It could be anything, from a playground with swings to an interactive technology hub or sheltered areas with outdoor charging ports. They look forward to removing the divide between the Smithfield/Union Street and the main city centre, with an open green place for local communities, and upcoming university students.

In this project, they have designed an AR screen within the pocket park. The technology allows people to capture photographs of themselves in extraordinary surroundings, for example santa claus flying through the sky at Christmas time, or an alien invasion in the middle of North Street. The AR screen will be plotted at North Street bus stop, with the goal of ‘immersing’ passers by within the area.

As we know, North Street is central in connecting West Belfast to the city centre. There is a large amount of people waiting for buses everyday, even to other cities. It is important to point out that Royal Avenue, the most popular shopping street in Belfast is just around the corner, so why would anyone want to stay on North Street?

North Street is currently not a use friendly place for children, families, students, the elderly, or anyone, but rather a route which people travel to and from. We aim for the Pocket Park and AR screen to attract people to this part of town. Norther Street will be a place to socialise and play, reintegrating the area and building connection.

The exhibition is currently in Malone Road Blick Studios which gives in-depth information about the project.

The three people that are involved in this project are : 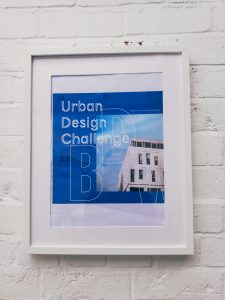 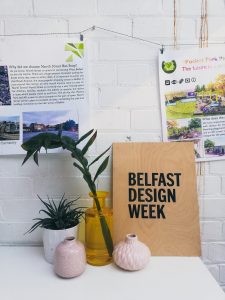 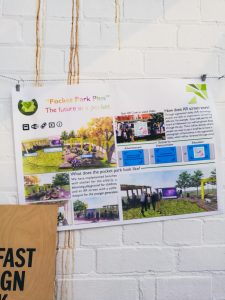 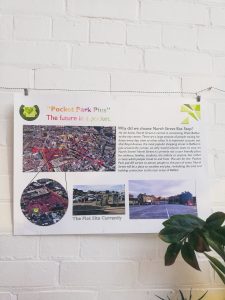 Open
Monday Motivation on a very difficult week for mos

#fridayfocus
Happy Friday everyone!
Hope you all are keeping cosy and warm in this spring weather.
.
We are back again with some new ...

Open
#fridayfocus Happy Friday everyone! Hope you all

Another gorgeous spring morning. Walking through botanic park is a lovely way to start the day.
.
The perks of having a studio in this ...

Open
Another gorgeous spring morning. Walking through b

Are you looking for an office space that has a beautiful space, great location and affordable prices?
.
We at Blick currently have some desk ...

We are fortunate in our Malone studios to have @_flow.yoga sharing our ground floor. Giving a lovely atmosphere to the space and making it super easy ...

Open
We are fortunate in our Malone studios to have @_f

Do you struggle to balance your finances within your business?
.
Do you find the finances part of your business overwhelming?
.
Join ...

Open
Do you struggle to balance your finances within yo

#fridayfocus - It's that time of the week again where we share what's going on in this fabulous city!
-
This week we will be ...

Open
#fridayfocus - It's that time of the week again wh

Do you struggle with being consistent and disciplined with your goals?
-
Do you get overwhelmed on where to start when thinking about starting...

Open
Do you struggle with being consistent and discipli

Such a lovely peaceful atmosphere in the Cathedral Quarter at this time of day. Great start to the working day!
.
.
.
#walktowork ...

Open
Such a lovely peaceful atmosphere in the Cathedral

New Exhibition at our Malone Road Blick Studios.
-
Urban Design Challenge Exhibition – “Pocket Park Plus” The Future in a pocket
...

Open
A chilly, but beautiful start to March in Belfast!

#fridayfocus - It's that time of the week again where we share what's going on in this fabulous city!
This week we will be covering ...

Open
#fridayfocus - It's that time of the week again wh

We had a lovely coffee afternoon on Tuesday where most of our Malone Road Blick Residents came down in our foyer to have coffee together and meet our ...

Open
We had a lovely coffee afternoon on Tuesday where

#Meettheresident - First profile of 2020!
-
We caught up with our new resident in Hill Street Studios – David Gray who is a character ...

Blick is a social enterprise. We don't do extras like free coffee, but any profits we make on our services we put back into supporting the ...

Open
Blick is a social enterprise. We don't do extras l

Open
February fuel in the Cathedral Quarter. Where is F

#fridayfocus - A new weekly blog giving information about what is going on in our city!

Check out our blog below to see all the opportunities...

Team catch up! We had a lovely meeting catching up and creating a plan of attack for the year!
-
You will be hearing more about our team at ...

Open
Team catch up! We had a lovely meeting catching u

Jan & Feb are months of planning for us at Blick. Resetting the balance after the busyness of the previous period and catching up with admin and ...

Open
Jan & Feb are months of planning for us at Blick.

Open
The storm seems to have lifted here at Cotton Cour

Dreading leaving the warmth of the studio today!
.
.
.
.

Open
Dreading leaving the warmth of the studio today! .

Our gorgeous front room in our Malone Studios is available to hire weekdays before 5 and weekend afternoons for workshops, events etc

Open
Our gorgeous front room in our Malone Studios is a

Open
Lovely day for a lunchtime meeting in the Cathedra

Last week we were fortunate to take part in a Creative Hub tour with the @britishcouncil curated by the wonderful @danaksegal and @clastone that ...

Looking for a friendly creative space to work? We have a 4-5 person office available in our Malone Studios £400 a month all inclusive - 24 hour ...

Open
Looking for a friendly creative space to work? We

Open
The afternoons are definitely getting lighter now.